In my TBR. Self-explanatory? Maybe not all of them, but one or two?

This is a topic I had left over from last week (?), and it’s brief enough for me to manage apost now. I’m in external training Mon-Wed this week to renew one of my certificates (so I can keep one of the fancy-sounding “specialist” titles at work), and it’s certainly reminding me of how little I enjoy social situations with strangers.

These are the books that have been laying in my TBR pile for quite a while, and that I really do want to read… at some point. Just never when I actually start a new book?

Victor Hugo’s Les Misérables
Leo Tolstoy’s Anna Karenina (I enjoyed War and Peace, so I’m not sure why I keep putting this one off?)

Sometimes, Spotify annoys me (like when adding fucking Kent to my lists), but sometimes… they also crack me up. With songs like this:

Sure, I don’t speak/understand yiddish, and I don’t listen to the Ark, but who wouldn’t like a yiddish version of It Takes a Fool to Remain Sane?

Last weekend I went to Maastricht with friends. It’s a city in the very southeast end of NL, that – like many Dutch cities – started off as a Roman settlement (which I still think is cool).

We walked, talked, ate good food and drank nice drinks. And somehow I ended up with a super-red lipstick (this one) that I’ll probably never dare use. All in all, it was a very nice trip. And here are some pictures to show how picturesque the city is:

This is a church that has been repurposed as a bookstore. Just as cool as it sounds.

And parts of the city wall are still there: 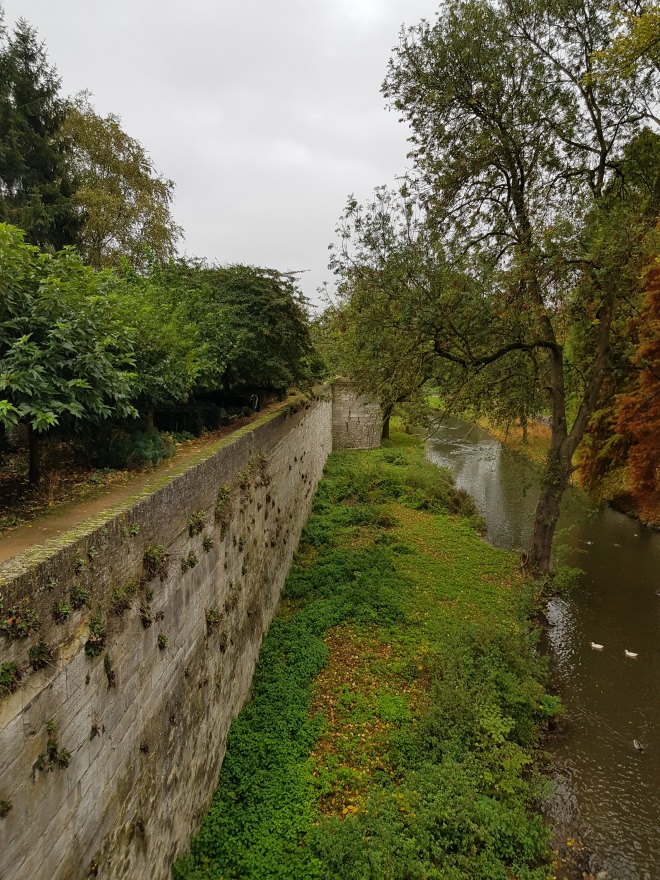 I follow the instagram account called Bookish Harpy, and she’s doing a year of the women for her reading. One of the books that caught my eye was this one (because: pretty) : 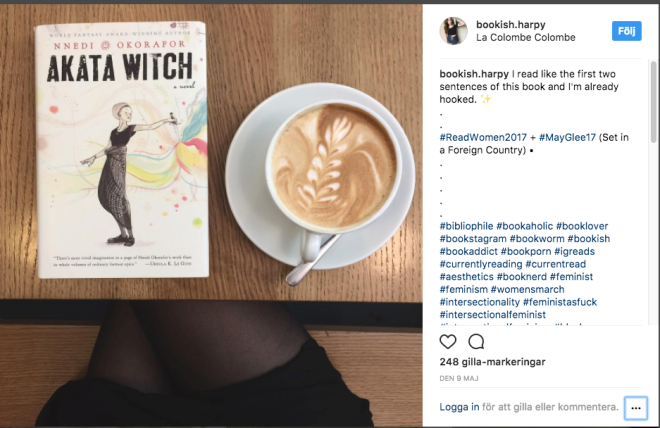 And now I’m reading it, and HELL YES. This is awesome! I rarely write about books while I’m still reading them (there’s still a chance they’ll disappoint in the last third!!), but for this one I have no doubts. Buy/lend it – read it. It’s got teenage witches in it, and you know you love those.

Currently listening to. List a few of the songs you’re currently loving!

And that’s about it. Release Radar didn’t even include TS for me, and Discover Weekly was very weak this week.

9. If you had to stick to only one skincare brand, what would it be?
Well, at this point I’d have to say Paula’s Choice. They have the full range of products (including day cream with SPF of 30 and above) and I’m happy with everything I’ve tried.
10. Best spot treatment?
Er, not sure? PC’s 2% BHA exfoliant really helps me since it dries them out, and they are barely visible in a day or two.
11. Favorite step of your skincare routine?
I enjoy the exfoliation, mainly since it’s the one thing I actually feel the effect of.
12. What’s on your skincare wishlist?
I’d like to try this one, but it’s sold out now. If anyone’s got a recommendation of Vitamin C products, I’m all ears!

I finally got the books I ordered from the UK (4 weeks… don’t order from pick-a-book if you can avoid it), and I’ve just finished the first one. This is not the original artwork, and, well, I prefer the original to this: 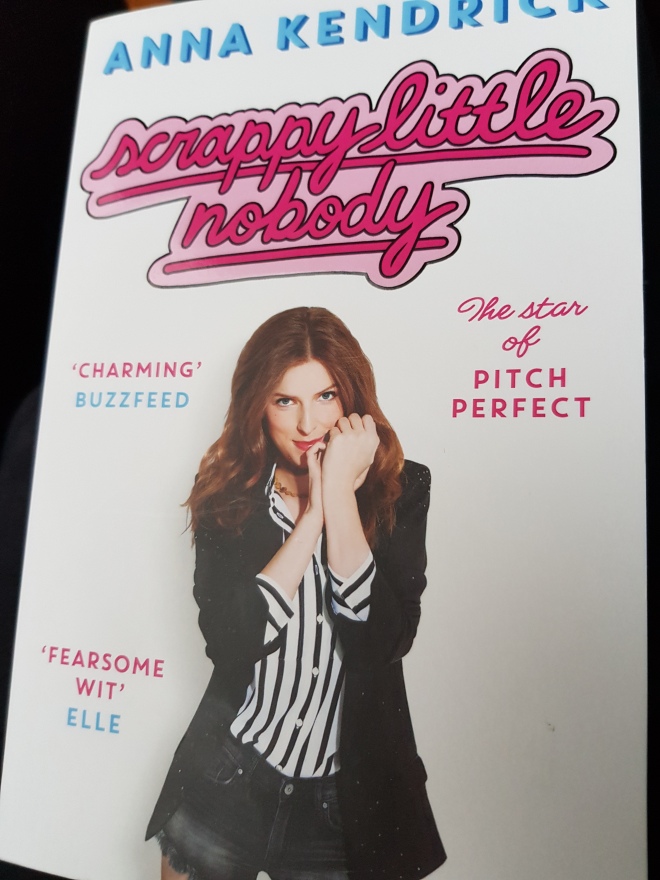 HOWEVER. It’s Anna Kendrick. I obviously liked her before this (why else read it?), but now I would jut like to have her as my friend because she’s hilarious and outspoken. And things like this:

“Like most enemies in my life, I hoped to punish her with passive-aggressive glances and silent – but passionate! – resentment. She retaliated by forgetting I existed. Ah, the moral victory.” 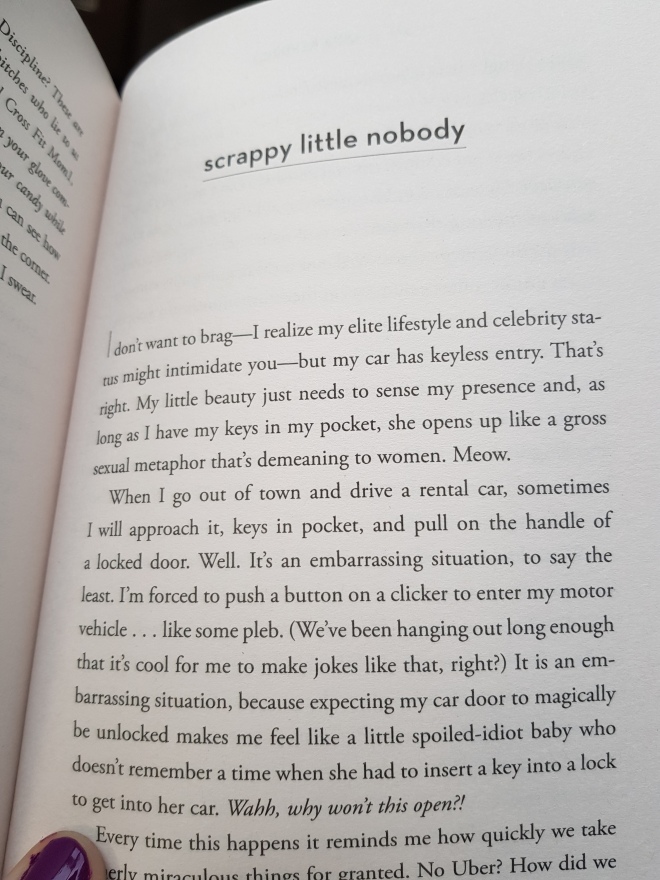 (Also, for Lisa – there is section about periods.)